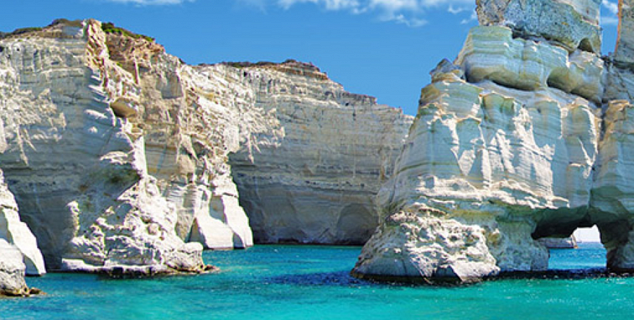 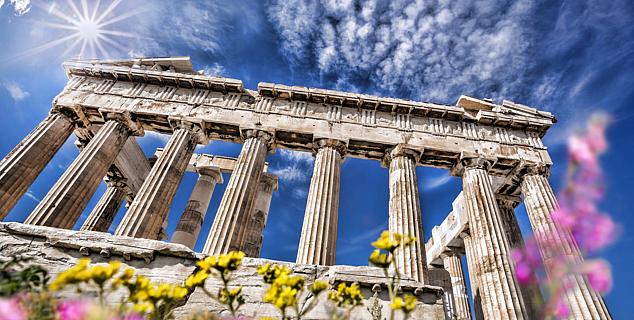 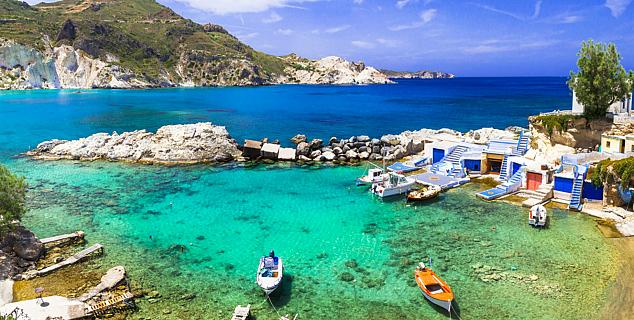 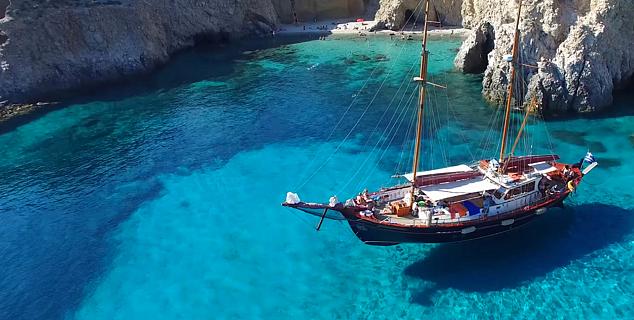 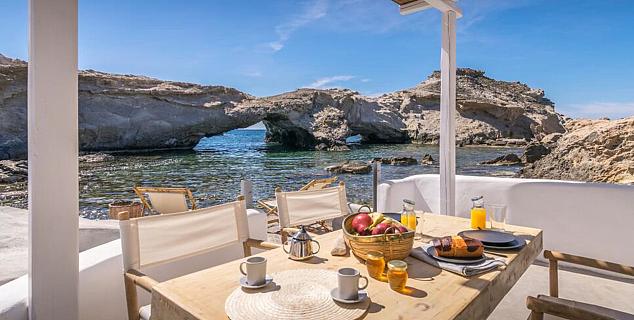 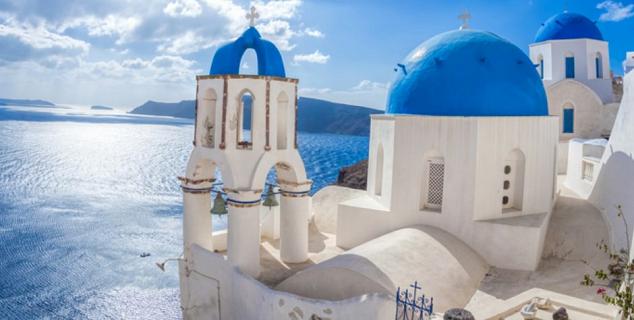 This private luxury Greek journey will take you from Athens to Santorini via the historic attractions of the mainland and the off the beaten track islands of Milos and Folegandros.

You'll begin with 3 nights in Athens to delve into classical Greece and the birthplace of Western civilisation.

From Athens make a day trip down into the Peloponnese and pay a visit to Mycenae, dating back to Homeric times. You'll also see the Corinth Canal, the ancient theatre at Epidaurus and spend some time in pretty Nafplio.

From the mainland take the ferry to Milos famous for its spectacular caves, thermal springs, traditional villages and 80 amazing beaches!

Next stop is Folegandros, a small island, ideal for those looking to relax and enjoy the natural beauty.

Finally sail away to Santorini, legend of the lost city of Atlantis, with its stunning sunsets and picturesque sugar cubed buildings.

You'll be staying in boutique, luxury hotels throughout and have a private car and guide on all touring from Athens.

After breakfast, your driver will collect you from your hotel for your journey south into the Peloponnese.

You'll make a stop to view the Corinth Canal and spend some time in pretty Nafplio.

Visits to Mycenea and the ancient theatre at Epidaurus will take you even further back into Greek history.

Today you'll be collected from your hotel and transferred to the ferry terminal for your ferry transfer to Milos.

On arrival in Milos you will be met and transferred to your chosen hotel, with the rest of the day at leisure.

Stop by the cave of Papafragkas, a cluster of deep-sea inlets and sea caves shaped by volcanic activity.

See the wall remains of Filakopi settlement dating back to 4000 BC and the geological wonder of Sarakiniko.

Taste homemade sweets during your walk in the Plaka on this classic Cycladic Island.

Today you'll be collected from your hotel and transferred to the ferry terminal for your ferry transfer to Folegandros.

On arrival in Folegandros you will be met and transferred to your chosen hotel, with the rest of the day at leisure.

Today enjoy a full day island cruise giving you the chance to swim in five secluded beaches accessible only by boat.

The cruise runs three different routes depending on the weather. The cruise includes homemade treats prepared by a local family.

Enjoy the rest of the day at leisure to enjoy this small Cycladic Island and its laid back atmosphere.

Today you'll be collected from your hotel and transferred to the ferry terminal for your ferry transfer to Santorini.

On arrival in Santorini you will be met and transferred to your chosen hotel, with the rest of the day at leisure.

Enjoy a half day cruise to the small volcanic islands of Nea Kameni and Palea Kameni found in the centre of the famous caldera and the hot springs with the orangey water where you will have free time for swimming.

Do not leave the island without visiting its capital city, Fira town, with its beautiful white-washed houses, narrow streets and open air cafes that hang to the side of the steep cliff.

Your driver will transfer you to Santorini Airport for your flight back to the UK.

The volcanic island of Milos or Melos is the southwesternmost island in the Greek Cyclades group. Boasting some intriguing heritage, arguably the most beautiful beaches in the Aegean, and an excellent fresh seafood culinary scene, the island is a holiday paradise.

Swim, snorkel and dive in warm, turquoise waters through tunnels and arches; explore ancient pirates' chambers cut out of the stone; or try lamb or fish cooked in the geothermal sand at Paleochori Beach.

Milos is home to the ruins of a 7000-seater amphitheatre, highly significant catacombs, a castle, and numerous folk art (and other) museums. Art enthusiasts can discover the famous Milos Venus statue, and night owls will delight in the thriving nightlife at Adamantas.

Folegandros, identifiable by its towering cliffs dotted with elegant white homes, is a small but charming Greek island, that, together with the Sikinos, Ios, Anafi and Santorini, forms the southern part of the Cyclades.

Travellers can meander along the port village of Karavostasi; tour the sprawling orchards and ancient-ruins of Ano Meria; and explore the traditional taverns, shops and bars in the quaint medieval town of Chora.

The best way to explore the wondrous crystalline coves and prehistoric caves of Folegandros is during a leisurely boat trip; while the famed beaches and lush interiors can be enjoyed during a leisurely hike. Don't miss the awe-inspiring Church of Panagia.

Some destinations have stunning beaches and breathtaking natural landscapes, while others have extraordinary ancient cities and excellent restaurants.

The popular Greek island of Santorini is blessed with all of these attractive features and more. This lovely volcanic island in the Cyclades lies in the middle of the Aegean and is well known for its strikingly white cliff-side homes with their pretty deep blue rooftops.

With all of this on offer, it is little wonder that this remarkably romantic island has become one of the world’s most popular island getaways.