Ask us about Nepal & Bhutan 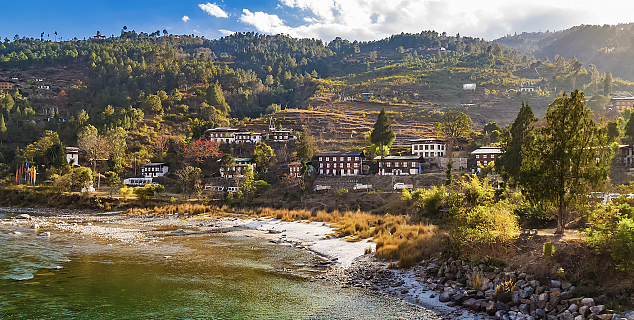 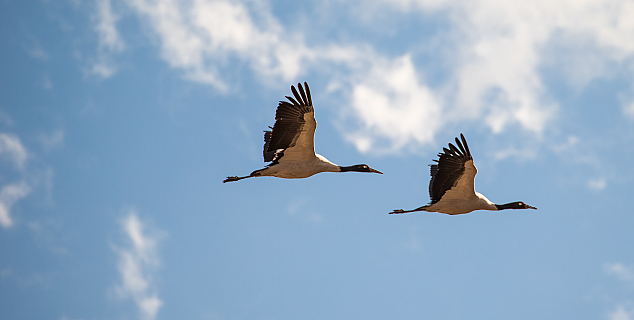 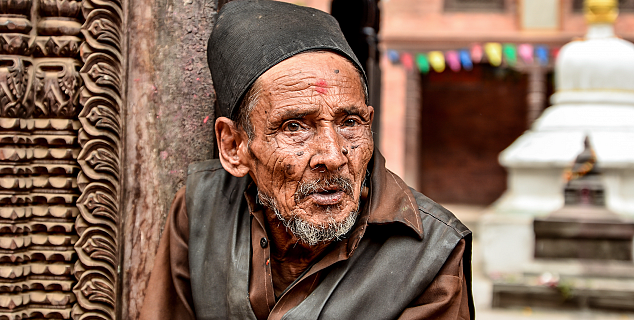 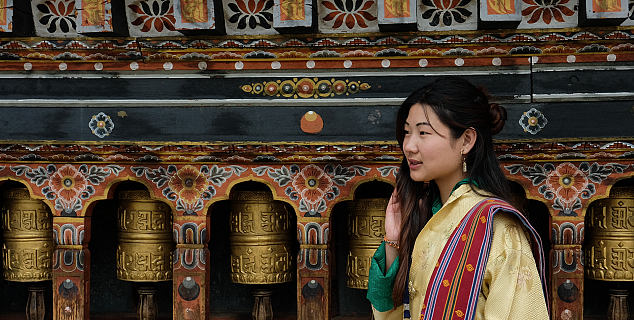 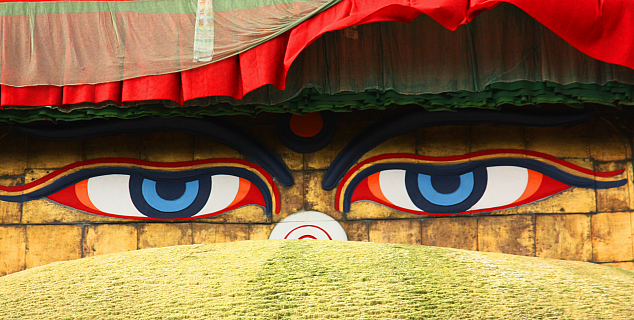 This is the perfect itinerary for those looking to combine two countries in one contrasting trip, crammed with great places to see.

This is the perfect itinerary for those looking to combine two countries in one contrasting trip, crammed with great places to see.

You'll begin with 3 nights in Kathmandu to explore this lively and absorbing city. There's a lot to see in Kathmandu and the Valley, so you have two full days to ensure you see everything.

From Kathmandhu you'll take a scenic flight across the Himalayas to Bhutan, where you'll visit Paro, Punakha and Thimphu, discovering the unique culture of this Mountain Kingdom, alongside dramatic mountain passes and spectacular temples and monasteries.

The accommodation on this trip is Deluxe throughout and you'll be staying in some of the very best hotels in each destination.

Please bear in mind that all of our India & Bhutan Holidays are tailor made and can be adjusted to suit your interests, time, hotel & airline choice and be tailored to fit your budget.

Fly overnight from Heathrow direct to Delhi with British Airways (or with your preferred airline), to connect with your flight to Kathmandu.

Connect with your flight to Kathmandu with Vistara.

On arrival in Kathmandu you will be met and transferred to your hotel by private car.

After breakfast you will be collected from your hotel for a tour of Kathmandu.

Visit Durbar Square with its array of temples overlooked by the Hanuman Dhoka Palace, the ancient place of the Nepalese Royalty.

Head to Swayambhunath, a Buddhist Stupa said to be 2,000 years old. The Stupa which forms the main structure is composed of a solid hemisphere of brick and earth supporting a lofty conical spire capped by a pinnacle of copper gilt.

In the afternoon visit Patan, one of the three great cities of the Kathmandu Valley, the historical centre and cultural heart of Nepal.

The city is believed to have been the first settlement in the Valley and was established by the Kirat dynasty who ruled for more than 1200 years from the 3rd century BC.

Patan is famous for its amazing collection of fantastically carved temples, palace courtyards, water spouts, public baths and houses with their equally elaborate wood, stone and metal carvings under the patronages of the Kirat, Lichivi and Malla kings.

Visit Patan Durbar Square, one of the seven Monument Zones that make up the Kathmandu Valley UNESCO World Heritage Site.

You'll be dropped back at your hotel after the excursion.

After breakfast you will be collected from your hotel for a tour of the Kathmandu Valley.

Today visit Pashupatinatha Hindu temple on the banks of the Bagmati River in Deopatan, a village 3 km northwest of Kathmandu. It is dedicated to a manifestation of Shiva called Pashupati (Lord of Animals).

The temple is barred to non-Hindus; however you can view the temple from the opposite bank of the river where you have a good view. Cremations are held here daily.

The significance to Hindu people and the intricate carvings and architecture of the walls of the temples has made Pashupatinath a UNESCO World Heritage Site.

Later visit Boudhanath Stupa, the largest stupa and the holiest Tibetan Buddhist temple in Nepal. It is the centre of Tibetan culture in Kathmandu and rich in Buddhist symbolism.

The stupa is located in the town of Boudha, on the eastern outskirts of Kathmandu. After the arrival of thousands of Tibetans following the 1959 Chinese invasion, the temple has become one of the most important centres of Tibetan Buddhism.

Today it remains an important place of pilgrimage and meditation for Tibetan Buddhists and local Nepali’s, as well as a popular tourist site.

In the afternoon, visit Bhadgaon (also known as Bhaktapur), an old city which is thought to have been founded in the ninth century.

This city is extraordinarily beautiful because of its architecture of pagoda style copper roofs on wooden and mud-brick buildings. One can observe local artisans shaping pottery, and tour the Durbar Square and its Golden Gate and Palace of 55 Windows.

Today you will be collected from your hotel in Kathmandu and transferred to the airport for your onward flight.

Fly to Paro with Druk Air.

On arrival you will be met by our representative, and after completion of arrival formalities you will be tranferred to your hotel by private car.

After breakfast, you will be collected for your full day tour of Paro.

Visit Ta Dzong (the National Museum). Perched above Paro Rinpung Dzong is its 'Ta Dzong' (which means watchtower), a structure built in 1649 to protect the undefended dzong and renovated in 1968 to house the National Museum.

The unusual round building is said to be in the shape of a conch shell, with 2.5m-thick walls. It's the premier museum in Bhutan and makes for a rewarding visit.

After your visit here, walk down a hillside trail to Rinpung Dzong itself.

The massive Paro Rinpung Dzong or the ‘fortress of a heap of jewels’ rests on a hill above Paro town.

Once inside the dzong, visitors are welcomed by the monks, beautiful architecture and the ancient frescoes, which represent unique aspects of the Drukpa Lineage of Kagyu Buddhism.

In the afternoon visit Drukgyel Dzong and Kyichu Lhakhang.

The ancient ruin of Drukgyel Dzong, considered as the most beautiful and famous archaeological sites in Bhutan, is situated on a ridge in the upper Paro valley. Since its construction in 1649, Drukgyel Dzong served as an important base for defense in the region until 1951 when it was destroyed by fire.

Finally, visit Kyichu Lhakhang, one of Bhutan's oldest and most beautiful temples. The main chapel has roots as far back as the 7th century, with additional buildings and a golden roof added in 1839.

Elderly pilgrims constantly shuffle around the temple spinning its many prayer wheels, making this one of the most charming spots in the Paro valley.

After breakfast, set off for Thimphu, the modern capital of Bhutan.

Stop en route at Chuzom (Confluence) at the entrance to the Paro valley, where the Paro and Thimphu rivers meet. Three chortens on the riverbank, each in a different style, mark the confluence of the two rivers.

Visit Semtokha Dzong, the oldest fortress of the kingdom, shortly before reaching Thimphu.

After check in at your hotel and a break for lunch you'll be collected for an afternoon excursion in Thimphu, visiting the National Memorial Chorten, majestic Tashichhodzong, the Handicrafts Emporium and the main shopping area.

This morning you will be collected from your hotel for a morning tour in Thimphu, visiting the National Library, the Institute for Zorig Chusum (where students learn the 13 traditional arts and crafts of Bhutan), the National Institute of Traditional Medicine (from the outside only), and the National Textile Museum, as time permits.

You'll be travelling along a winding mountain road and you'll make a stop en-route at the Dochu La Pass, which at just over 3,000 metres, offers views of the eastern Himalayas, including Bhutan's highest mountain, Gangkar Punsum.

The road then drops down through varied, ever changing forest, finally emerging into the highly cultivated Punakha valley.

On arrival at Punakha, check into your hotel.

In the evening visit Punakha Dzong, a 17th century fortress and afterwards take a stroll around the market area.

After breakfast drive to Gangtey via Wangduephodrang, where you'll stop to visit the remarkable Wangduephodrang Dzong, stretched along a spur at the confluence of two rivers.

Here, visit a local village house, to gain an insight into the lifestyle of the people.

Next, drive up a winding mountain road through oak and rhododendron forest, and over a high pass down into the Phobjikha valley.

In the evening, take a stroll around Gangtey village and visit Gangtey Gompa, the only Nyingmapa monastery in the kingdom.

In the morning, explore the Phobjikha Valley, the chosen winter home of black-necked cranes, migrating from the Tibetan Plateau.

In the evening, visit Trongsa market.

Pay a morning visit to Trongsa Dzong, a masterpiece of Bhutanese architecture. Built in 1647, it is the most impressive dzong in Bhutan.

After lunch, proceed to Bumthang, the religious heartland of the nation.

Enjoy the evening at leisure.

Bumthang is the general name given to a group of four valleys – Chumey, Choekhor, Tang and Ura, with altitudes varying from 2,600 to 4,000 m. It's an area which is home to many ancient Buddhist temples and monasteries.

Later on, visit Jakar Dzong, “the castle of the white bird”, the administrative centre of the region.

In the afternoon, visit Kurje Lhakhang, one of the most sacred places in Bhutan as Guru Rinpoche meditated here.

Later on visit Jambey Lhakhang which was erected in the 7th century, when Buddhism was first introduced into Bhutan.

After an early morning visit to Bumthang’s market, set off on the 7 hour drive back to Thimphu, taking lunch en route at a famous restaurant in Trongsa town.

Then drive on through the mountains and down to Wangduephodrang, where you'll have a short break for tea/coffee before proceeding on the final stage of our journey to Thimphu.

On arrival at Thimphu, check in at your hotel.

Enjoy a free morning in Thimphu for relaxing, then after lunch drive to Paro for an overnight stay at COMO Uma Paro.

You will be collected from your hotel and transferred to the airport by private car.

Fly from Paro back to the UK via Delhi.

Connect with your flight from Delhi to Heathrow.

To view a sample holiday, click on one of the links below. This will open the itinerary up in a new window.

We have many other options so if you have a particular hotel in mind just let us know and we'll put together a price and itinerary for you.