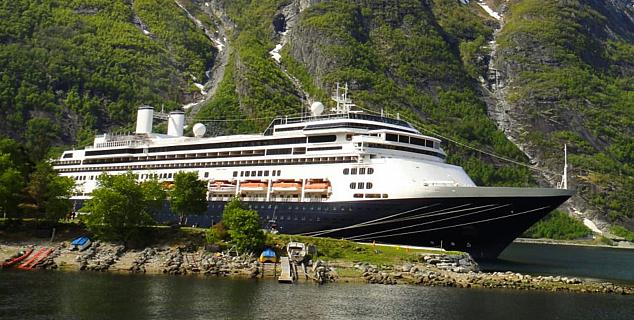 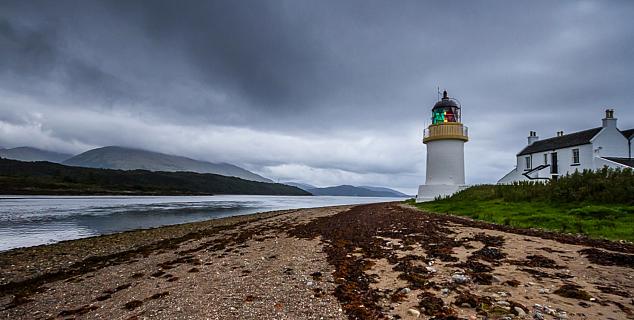 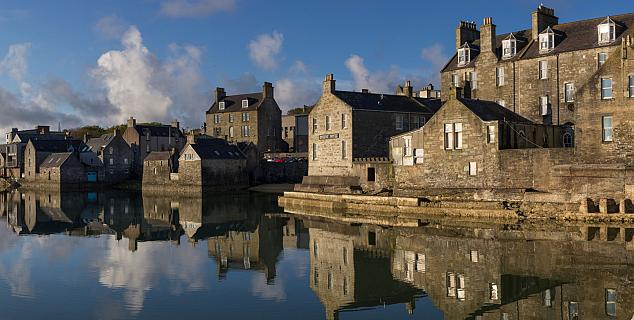 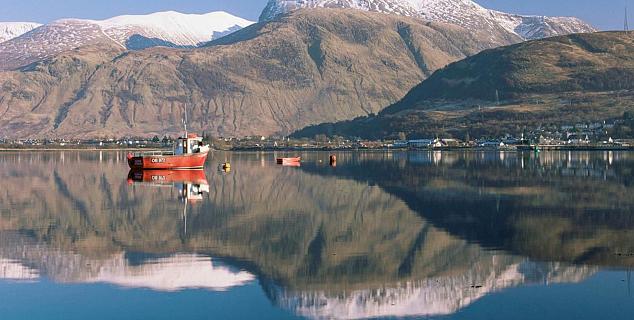 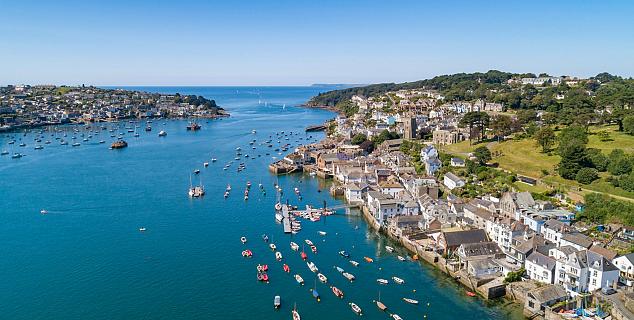 Cruise from Liverpool to Scotland and back on this fascinating no-fly British Isles cruise.

Sailing the Scottish lochs on Fred. Olsen’s smaller ships is the best way to experience their beauty and tranquillity, and as you explore this astonishing part of the world you’ll create memories that last a lifetime.

Throughout your journey, memorable experiences await you ashore too.

Fort William is your gateway to the beautiful Highland landscapes of Glencoe and magnificent Ben Nevis.

Meanwhile, there are many famous sites of rich history and ancient legends to uncover.

You could visit the 18th century Inveraray Castle from Tarbert, situated in beautiful Loch Fyne; take in Orkney’s UNESCO-listed Neolithic treasures on tour from Kirkwall; and explore the pretty grounds of Cawdor Castle on tour from Invergordon.

You’ve also a chance to delight in the gorgeous, rugged scenery of the Shetlands, famed for rugged landscapes and charming wildlife.

This expedition cruise begins from Liverpool.

Today you will board your Borealis Cruise and depart for Scotland.

Renowned for its impressive castle, charming architecture, beautiful still waters and delicious seafood, the idyllic village of Tarbert attracts visitors from around the globe and serves as a gateway to the Scottish whisky islands and the picturesque Kintyre peninsula.

A quaint Scottish village, Tarbert is a joy to explore, with its pretty houses, busy local fisheries and stunning surroundings.

Whether you choose to explore the village or venture out into the rolling hills and rocky cliffs, there are plenty of places to enjoy the captivating beauty and traditional delights of this stunning area of the UK.

Make time to visit the ruins of the 14th century castle that overlooks the town or relax on the small, but beautiful shell beach and look across the gorgeous blue water of the yacht-filled natural harbour.

In the morning pass through the Corran Narrows, the narrowest point of Loch Linnhe which reduces the width of the loch from over a mile to less than 200 metres.

Flanked by Corran Point and Nether Lochaber, you’ll enjoy views of mountainous lush-green landscapes as you sail through en route to Fort William – a feat only smaller-size ships such as those in the Fred. Olsen fleet can achieve. Be on the lookout for the Corran Lighthouse, which was built by the father and uncle of Robert Louis Stevenson in 1860.

Whether you cruise along it on a misty winter morning, or on a late summer evening when the sun is setting, you’re guaranteed to see some truly breathtaking sights as you make your way into the heart of the glens.

Keep your eyes on the skies and be on the look-out for golden eagles; look across the horizon and spot Ben Nevis, Britain’s highest mountain; and watch native wildlife including porpoises and seals as they glide alongside the ship, through the motionless waters of the Loch.

Known as the ‘Outdoor Capital of the UK’, Fort William is one of the most popular destinations in the breath-taking Scottish Highlands.

Situated on the shore of Loch Linnhe, the town is the gateway to Ben Nevis – Britain’s highest mountain, and Glen Nevis, home to Steall Falls.

The stunning surroundings attract visitors from around the globe and many visit the town to take advantage of the fantastic skiing, snowboarding and mountain bike riding.

The glen has proved popular with movie makers, with Braveheart, Rob Roy and Harry Potter movies filmed there.

The town itself has plenty to reward visitors too, including beautiful centuries-old churches, the historic Old Fort – first built by Cromwell in 1654 – traditional pubs and fine restaurants that serve locally-sourced seafood.

In nearby Corpach, the Treasures of the Earth Museum offers one of Europe’s finest collections of crystals, gemstones and fossils.

The historic Neptune's Staircase is a lock system comprising eight locks on the delightful Caledonian Canal, and a popular attraction.

While not quite as well-known as some of the waterways nearby, such as magnificent Loch Broom, Little Loch Broom is a delight to discovery on a cruise exploration of the beautiful Scottish lochs.

Separated from Loch Broom by the rugged Scoraig Peninsula, this 9.5 mile stretch of still, glass-like waters is flanked by scenes of picturesque heathland countryside and gently sloping peaks that created wonderful, typically postcard perfect loch views to take in from the comfort of your smaller ship.

Scotland’s rugged north coast is dotted with islands, lochs and estuaries, as well as dramatic hills and secluded beaches, making it one of the most stunning areas of the country. On the western side of the north coast is Loch Eriboll, a 10-mile long sea loch which is one of the deepest in the country.

The small village of Eriboll, which gave the loch its name, sits on the eastern shore of the loch, while the western side is home to small townships including Portnancon and Laid.

Around halfway down the loch is Ard Neakie, a small area of land connected to the eastern shore of Loch Eriboll by a narrow stretch of sand.

Ard Neakie was once the site of a limestone quarry with four lime kilns, The famous Route 500 road passes by the end of the loch, which starts and finishes in Inverness, taking in some of the coast’s most scenic areas.

Lerwick is the friendly capital of the 100 islands and islets of the Shetland.

The bustling, cosmopolitan seaport is the islands’ only town, and its wonderful natural harbour is a joy to explore.

However, conflict between the British and Dutch, whose fishing fleet fished for herrings off the islands, led to the building of a permanent settlement.

This included Fort Charlotte, which once overlooked the harbour but has now been enclosed by the town following land reclamation.

Wandering along atmospheric Commercial Street is a delight, and the Böd of Gremista – a “fishing booth” built in 1780, is now a fascinating museum.

The ground floor has the salt store and the kitchen, where herrings were hung to dry. Outside the town are the well preserved remains of the Broch of Clickimin, a small Bronze-Age settlement excavated in the last century.

Kirkwall, the capital of the Orkney Islands, resonates with ancient echoes of Christian, Nordic and Celtic history.

It’s a town that feels more Scandinavian than Scottish; in fact, the name Kirkwall comes from the Norse for 'Church Bay', relating to the town's 11th century Church of St Olaf of Norway.

Exploring the town’s atmospheric paved streets and twisting lanes, reveals a number of highlights, including the ruins of the Earl and Bishop’s Palaces, dating from the mid-12th century and serving as a reminder of the Orkney's turbulent past.

The palaces are considered by many to be the finest Renaissance buildings in Scotland. Also worth visiting is the recently restored St. Magnus Cathedral, founded in memory of Saint Magnus Erlendsson by Norseman Earl Rögnvald Kali.

Don't miss Tankerness House, a beautifully preserved 16th century townhouse, and the Orkney Wireless Museum, with it's fascinating insights into the history of radio, too.

Invergordon, located at the head of Cromarty Firth in the stunning Scottish Highlands, has a homespun charm and serves as a gateway to the legendary waters of Loch Ness, Culloden Battlefield, the town of Inverness, and the Whyte & Mackay whisky distillery.

A short walk into the centre reveals the town’s collection of impressive murals painted by local artists, which tell stories of the local area.

It’s also the perfect place to explore Scottish history amid the brooding splendour of 15th century Cawdor Castle (forever – but incorrectly – linked with Shakespeare's Macbeth), and the imposing Dunrobin Castle, which dates from the 13th century and houses a fine collection of paintings and family memorabilia belonging to the Earls of Sutherland.

Bac Mòr, affectionately known as ‘Dutchman’s Cap’ due to its unmistakable shape, is one of the most distinctive landmarks discovered amongst the beautiful Scottish Isles, a unique volcanic formation of grass-topped black lava that provides a safe haven for sea birds, and spectacular views for anyone who visits.

While the island doesn’t have any suitable landing places, simply sailing by Bac Mòr with Fred. Olsen makes for a memorable experience; you’ll get to wonder at its intriguing shape and look out for the native birds from the comfort of your smaller sized ship.

Similar to the famous, UNESCO-listed Giant’s Causeway in Northern Ireland, Fingal’s Cave is a beautiful basalt sea-cave with distinctive ‘columns’ and a remarkable symmetry that looks incredible as you cruise past.

Often, the cliffs, ledges and grassy slopes are smothered with native seabirds, including guillemots, razorbills, puffins and more, so it’s the perfect place to enjoy a little birdwatching. Just make sure you have your binoculars to hand!

Arrive back in Liverpool.

Borealis, like her sister ship Bolette, has capacity for fewer than 1,400 guests, but is larger in overall size than the other vessels in the Fred. Olsen fleet.

This means when you come on board for a memorable cruise holiday, to relax and enjoy a premium level of comfort – as well as Fred Olsen's renowned personal service – in the elegant public areas, lounges, bars and dining venues, you have even more space in which to do so.

With its warm, welcoming atmosphere and timeless style, and classic open deck spaces providing a place to fully immerse yourself in the magic of ocean cruising.

Borealis is very much in keeping with what guests have come to expect from a Fred. Olsen ship.

Bearing a name that previously bestowed an Olsen-owned vessel in the 1940's, and inspires thoughts of the Aurora Borealis, elegant Borealis proudly connects with, and represents, the founding family’s history and Norwegian heritage.

Stylish, spacious and comfortable, with capacity for fewer than 1,400 guests, she’s in keeping with a commitment to offering a more traditional style of cruising.

But while Borealis’ capacity is smaller than many cruise vessels, she’s still one of the largest ships by size, in Fred. Olsen's fleet.

On board Borealis you’ll find you’re never overcrowded. There is always ample room in which to indulge yourself in the stylish dining venues, enjoy a glass of your favourite tipple and fantastic entertainment at the bars, lounges and theatres, and while away the hours by the all-season pool.

And of course, with the friendly staff providing the typical level of personal, attentive service, there’s an intimate feel to the on board experience too.

While each Fred. Olsen ship has its own distinctive personality, across the fleet you’ll find a consistent approach to bar and lounge themes which help to create the familiar, home-from-home feel that our guests know and love to enjoy time and time again.

Every public area has plenty of space in which to relax and make the most of your time on board – this is the case for both Borealis and her sister ship, Bolette

The elegant restaurants and dining venues on board Fred. Olsen's ships is a high point of every Fred. Olsen cruise.

There are expertly prepared dishes, from perfectly cooked breakfasts to sumptuous five course á la carte dinners, on offer throughout the day, presented with the personal touch of Fred. Olsen's famously attentive service.

There's an undoubted sense of occasion to dining in Borealis' lower level restaurant - The Borealis Restaurant, and upper level The Aurora Restaurant - a grand two-tiered venue featuring classical, elegant décor and a variety of seating options and table sizes, perfect for both intimate and large group dining.

Guests can choose to dine in one of the smaller speciality dining venues too, or perhaps at the more relaxed buffet restaurant.

The dress code in all restaurants is casual during the day, while the evenings are usually smart-casual, apart from on the fantastic Formal Nights.