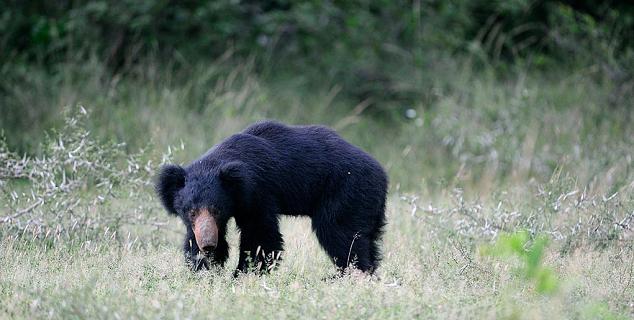 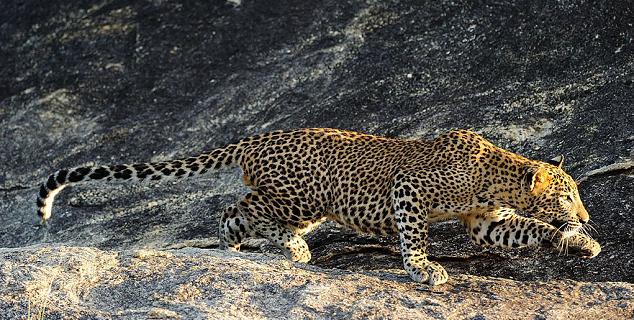 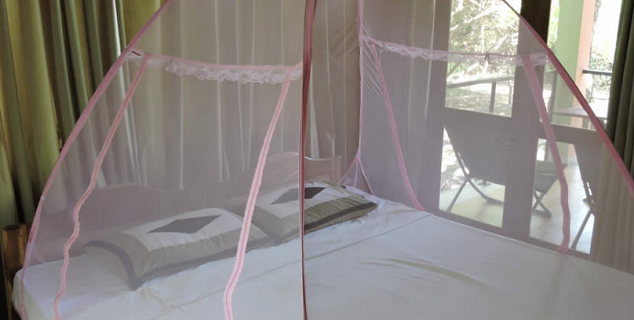 Accommodation in the Bungalow 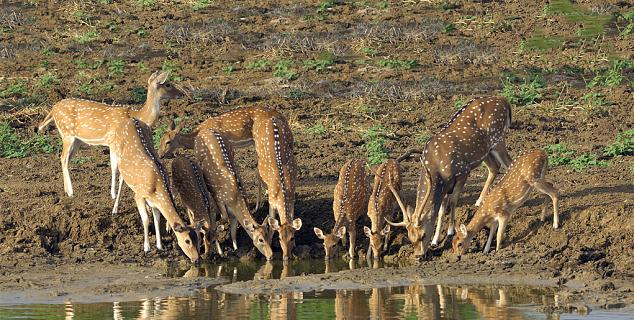 Dear at a Villu

Stay in a comfortable bungalow on the border of Wilpattu and enjoy tailor made safaris in Wilpattu.

Game drives are undertaken in customised Toyota jeeps lead by English-speaking naturalists who are dedicated to helping guests seek out even the most hard to find wildlife in the parks.

The jeeps can handle every type of terrain, give an excellent view, and are specially fitted with camera support points and battery charging facilities for photographers.

Guides are experts in their fields and are more than willing to impart their knowledge on wildlife and photography.

In addition to comfortable accommodation and expert guides, expect a high quality of al fresco wining and dining.

The experience includes all accommodation, meals and snacks, drinks from the international bar, two game drives per day, national park fees, and taxes.

We often include a Safari in Wilpattu as part of a longer tailor made Sri Lanka holiday - so just let us know your interests in Sri Lanka and let us design your perfect Sri Lanka trip.

A safari in Wilpattu with Kulu Safaris is ideal for photographers, who depend on local knowledge and guiding expertise to capture the best of the jungle and wildlife through the lens.

Families are especially well catered for as Kulu’s guides are adept at translating their knowledge of the jungle into a fun, learning experience for children. The kitchen is well geared for catering for families.

For honeymooners, special experiences can be arranged – just let us know if you would like to be spoiled.

Transfer to Wilpattu National Park to begin your Wildlife experience.

Enjoy a day in Wilpattu National Park tailored to suit your interests.

Search for the elusive leopards and endangered sloth bears or enjoy a specialized birding trip - let us know your interests and we will tailor your activities to suit.

Safaris of course include sundowners in a special location as the sun sets over the jungle.

Enjoy a day in Wilpattu National Park tailored to suit your interests.

Transfer to the departure point where you will be met by our driver for your departure to your next destination (alternatively you may have your own arrangements).

On Safari in Wilpattu

Tracking wildlife in Wilpattu also requires a bit more skill here, which is why having quality guides is essential.

Wilpattu is stunningly beautiful though, particularly at dawn as sunbeams filter through the jungle illuminating a leopards footprint or catching the wings of colourful butterflies.

Water holes, fringed by white sand are found throughout the park and of course are attractive to the game. The water holes are often the best spots to see a leopard basking lazily in the amber evening light.

Safaris are undertaken in Toyota and Land Cruisers, modified for comfort, reliability and photography.

Jeeps have been outfitted with the best recovery equipment and accessories for superior terrain handling, comfort and safety.

Fully retractable canvas canopies allow for a 360 viewing and photography opportunity, and the jeeps are well stocked with refreshments and safety gear.

The guides driving skills in the toughest of terrains are the best in the business.

For more experienced guests, enjoy a guided ‘jungle walk’ which provides a rare opportunity to learn interesting tips on the art of tracking, animal behaviour, and offers a unique perspective for birding as well as photography.

Accomodation on this Wilpattu safari is in Kulu Safari’s bungalow, built within the buffer zone of the Wilpattu National Park.

The Bungalow is a great option also for a family or small group to spend time exploring the treasures of Wilpattu.

The bungalow is situated on an elephant corridor near a popular waterhole for game, meaning there is the bonus of nocturnal wildlife in the dry season.

Thankfully with the conflict over, this stunningly beautiful region of Sri Lanka has re-opened to visitors who are now slowly rediscovering this scenic park and haven for Sri Lankan wildlife.

Much of Wilpattu is covered by dense forest and scrub vegetation, meaning around a quarter of the park is accessible for visitors.

The best time to visit Wilpattu is between February and October although the park can be visited all year round.

September to December and March to May can see some rain but Wilpattu is in the "Dry Zone" of Sri Lanka.

Between September and December the lakes (villus) fill up, and fringed by colourful purple "Horse-fly" flowers are magnets for migrating wading birds.

Tracking wildlife in Wilpattu also requires a bit more skill here, which is why having quality guides is essential.

Wilpattu is stunningly beautiful though, particularly at dawn as sunbeams filter through the jungle illuminating a leopards footprint or catching the wings of colourful butterflies.

Water holes, fringed by white sand are found throughout the park and of course are attractive to the game. The water holes are often the best spots to see a leopard basking lazily in the amber evening light.

We will share Kulu Safari’s description of a typical leopard sighting in Wilpattu as it’s so beautifully descriptive:

We’re driving unhurriedly along one of it’s sandy roads, eyes peeled on the lookout for game, when we hear an alarm call of a deer, piercing through the dense jungle.

We stop the jeep, and switch the engine off with a view of the road both in front of and behind us.

Our guide speaks in a whisper, translating the sounds of the jungle that warn that Sri Lanka’s apex predator – His Royal Highness, The Leopard – is on the prowl.

Deer look skittish and appear to be staring in one direction while a troop of Grey Langurs hiss and curse from the trees above.

Everyone’s eyes are peeled for the movement of a silhouette, shape or blur of gold through the gaps in the foliage…

The alarm calls of the deer grow louder, gripped by fear and uncertainty.

Discreetly, the Boss makes his entrance… his paws tread silently on the soft, sandy road in front of us, and his form ebbs and flows fluidly with the graceful arrogance of his dominance.

The air is tense… he pauses to evaluate us, and once comfortable, walks forward.

He pauses again, to sniff at some bushes and then marks his territory … a few more steps and then he sits on his haunches… a few bold beams of light bring his tawny coat to life in the darkness of the forest as he evaluates his surroundings.

He looks up at the chattering monkeys with annoyance; his expressionless face belies his sinister plotting of their demise.

Quietly, he slinks into the jungle, and disappears as silently as he appeared… the deer disperse in a thud of hooves and the monkeys mockingly rejoice

Wilpattu National Park is most noted for the presence of Sri Lankan Sloth Bears and of course the Sri Lankan Leopard.

There are said to be as few as 1,000 sloth bears remaining, so to see a sloth bear in Wilpattu is a special and memorable experience.

Leopards in Wilpattu aren't as numerous as Yala National Park but the sightings are more exclusive as the park is less visited than Yala.