Our Quick and Easy Guide to Cruising the Galapagos.... 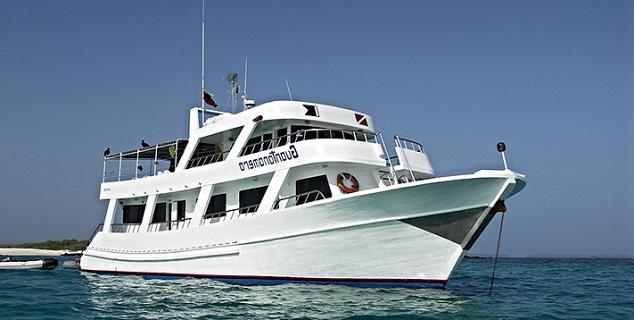 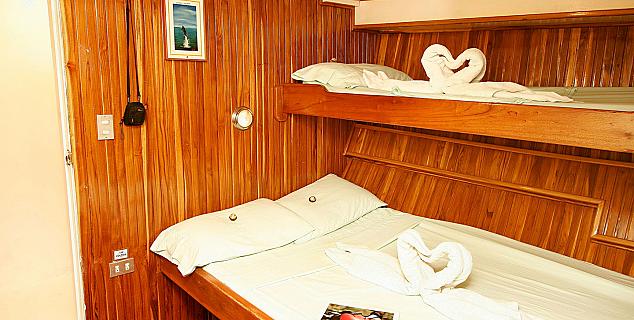 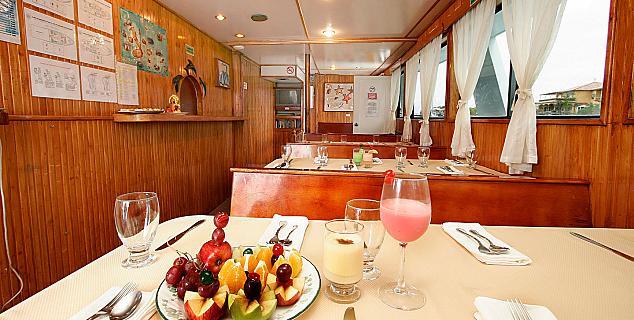 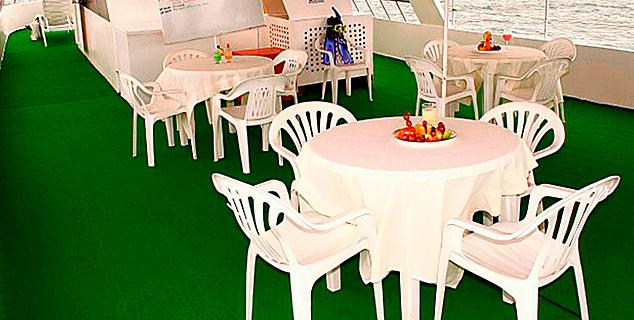 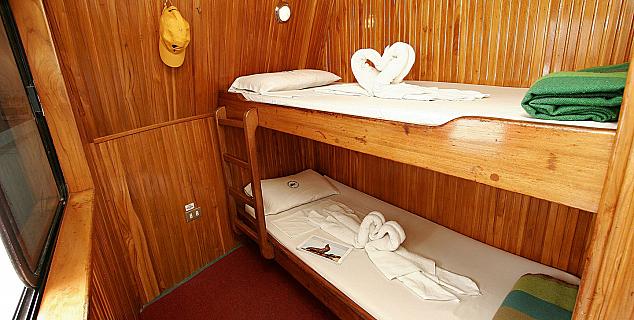 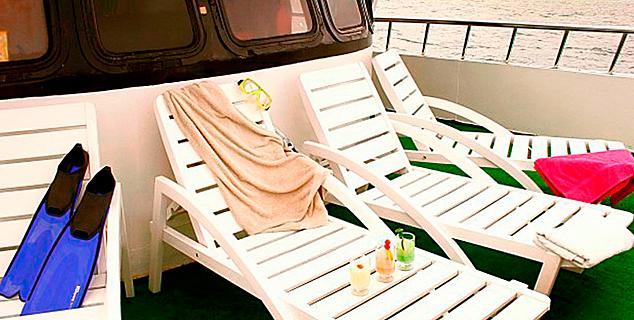 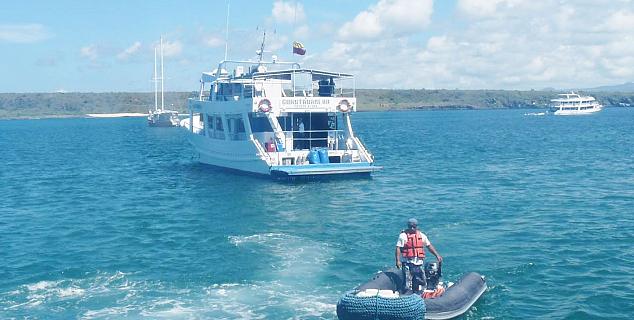 The Guantanamera is the ideal option for those looking for a boutique and affordable Galapagos Cruise.

This yacht features 5 double cabins with upper and lower berths, plus 3 cabins with lower beds.

All cabins have private bathrooms (toilet, shower and sink) and are fully air conditioned.

The Guantanamera Cruise itinerary includes Genovesa Island, famous with ornithologists and photographers for the red-footed booby amongst other unique species that can only be found in this far-north island in the archipelago.

Fly from the UK to Ecuador.

On arrival at Quito or Guayaquil Airport you will be met and transferred to your hotel.

On arrival you will be met and transferred to the yacht.

Las Bachas is a beautiful white sand beach on the northern coast of Santa Cruz Island.

Here you can go for a stroll or enjoy some easy snorkelling in the gentle surf. Sea turtles lay their eggs at the edge of the vegetation.

There is also a rusted pontoon here, a relic of the Second World War.

"Bachas” is actually a poor pronunciation of “barges,” two of which were wrecked offshore during the war. The locals mispronounced the name and it stuck.

Darwin Bay is the only sandy beach found in the caldera on Genovesa.

Colonies of Great Frigates are found along the beach, where th males exhibit their red balloon pouch to females in the hope finding a partner.

Red-footed boobies nest in the trees in contrast to the other two booby species which are seen on the ground.

El Barranco (Prince Philip’s Steps), is a stairway carved from the rock, leading to a wide plateau, where you can watch large colonies of masked boobies, frigate birds, storm petrels and bahama ducks.

This easy stroll crosses a little Scalesia wood, in which you might be able to see the short eared owl. The same path leads back to the boat.

In Bartolomé Island walk up to the spectacular panoramic viewpoint over Sullivan Bay and the famous Pinnacle Rock.

The beaches at the foot of Pinnacle Rock are also excellent for snorkelling.

In the afternoon visit Sullivan Bay on the east coast of Santiago.

Landing is on a white coral sand beach with a walk over recent lava flows. This is the perfect place to see and feel the volcanic origin of Galapagos.

Volcano Isabela Island is the largest island of the archipelago, consisting of more than the half of the land area of whole of the Galápagos.

Humedales (The Wetlands) is a complex 6 km trail, located in the south of Isabela, with a wide variety of flora and fauna and spectacular volcanic scenery.

Visit the Wall of Tears, a man-made monument built in the 1940's by POW's.

Sierra Negra Volcano is one of largest craters in the archipelago, with stunning views from the crater rim.

Your zodiac ride starts with a visit to Marielas islets where there is the largest and most important penguin colony in all of the Galapagos.

The excursion continues into the cove surrounded by red mangroves from where it's possible to see sea turtles, flightless cormorants, spotted eagle rays, golden rays, brown pelicans and sea lions.

During the visit to Urbina Bay you should be able to see large coloured land iguanas, giant turtles, flightless cormorants, blue-footed boobies, penguins and marine iguanas.

A tour along the cliffs by inflatable zodiac offers a great chance to see Galapagos penguin, the flightless cormorant and other Galapagos sea birds.

From the landing dock it's about a 30-minute hike along the trail up to the top of the cliff from where you can view Darwin Lake, an uplifted ultra-saline lake saltier than the sea.

You can also see several volcanoes from here. Espinoza Point, one of Fernandina’s view points, is situated amidst fascinating lava scenery with Lava-Cactuses and lava growing mangroves.

Highlights here are sea lions, penguins, the flightless cormorant (especially in spring and summer) and one of the biggest iguana colonies of Galápagos.

Don't miss a snorkelling trip during which you have the possibility to explore the beautiful underwater world.

Espumilla Beach is a popular spot for marine iguanas and Sally Lightfoot Crabs.

The crabs attract the hunting herons, performing the dance of predator and prey. With an abundance of marine life including octopi, moray eel and shark, snorkelling is highly recommended here (the sharks are harmless!).

Inland from Puerto Egas, is a salt crater. Once the site of a small salt mine, it now provides a habitat for many types of birds, including the Galapagos hawk.

Just north of James Bay is Buccaneer Cove. Known as a safe haven for pirates loot in the 17th and 18th centuries, its steep cliffs are now frequented by a new population of infamous visitors — Galapagos feral goats.

Daphne Major is a small island directly north of Santa Cruz and  west of Baltra. This very inaccessible island appears, though unnamed, on Ambrose Cowley's 1684 chart.

It is well-known as the location of multi-decade finch population studies undertaken by Peter and Rosemary Grant.

From here, transfer to Baltra Airport for your scheduled flight to the mainland.

On arrival in mainland Ecuador, transfer to your hotel.

Transfer to Quito or Guayaquil Airport for your overnight flight back to the UK.

Prices will vary according to availability of airfares on the dates of travel and seasonal hotel and airfare surcharges.

Please ask us for any current special offers.

All of our Galapagos & Ecuador Holidays are completely tailor made and we can put together any kind of itinerary to suit your interests and budget.